Dear MHS member
I would like to bring to your attention the attached flyer for a play that is going to be performed at the Forest Arts Centre on October 27th.
Henry Tandy VC was one of the most highly decorated soldiers in WW1. He fought through the entirety of the war. Much to his astonishment Henry discovered he had the chance to change history. He spared a wounded German soldier in 1918 and that soldier turned out to be Hitler. This decision, unsurprisingly, haunted him for the rest of his life.
The play, using multi-media and song, effectively tells the story of the war and then the aftermath.
Regards
Nick Saunders
Chairman
Milton Heritage Society 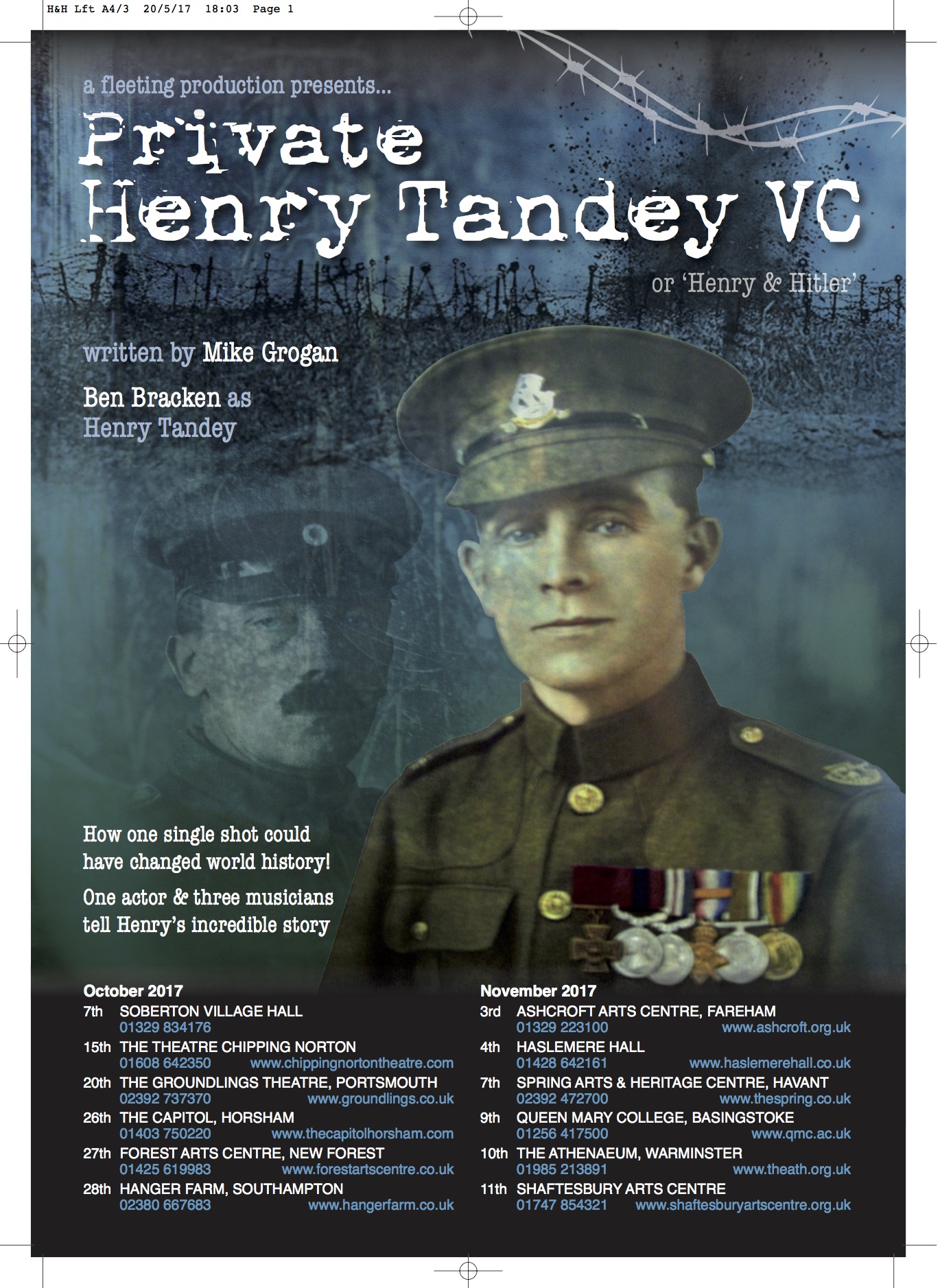