A Hero of New Milton.

Buried in the cemetery at St Mary Magdalene church, New Milton is a First World War soldier who was awarded the Victoria Cross. He was Lt Colonel George Campbell Wheeler.

George Wheeler was born in 1880 in Japan. His father was Dr Edwin Wheeler, who after serving in Royal Navy as a surgeon, took up private medical practice in Japan. George Wheeler was sent to England for his education. He attended Bedford Grammar School, Woolwich military academy and then Sandhurst. He was commissioned as an officer in January 1900 serving firstly with the East Yorkshire Regiment before joining the 2/9th Ghurkha Rifles in 1902. He was promoted Captain in 1909 and by the time the Regiment left India in 1916 for Mesopotamia (Iraq) he was a Major. 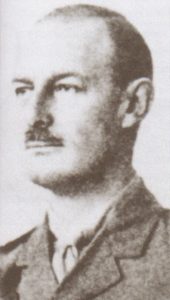 In February 1917, Major Wheeler and the men of the 2/9th Ghurkhas were tasked with crossing the river Tigris at Shumran bend and clearing the Turkish forces from the opposite bank. This action was important as the British Army were advancing on Baghdad and using the river Tigris to bring up supplies and reinforcement and take the wounded downstream to hospitals and safety. The Shumran bend was an area of the river swollen by flood water. It was about 350 yards wide. On 23rd of February The Ghurkhas were rowed across the river in boats. The rowers were men of the 7th Battalion the Hampshire Regiment. This battalion was raised in the New Forest and Christchurch area of Hampshire. The opposite bank for the river was heavily defended by Turkish troops who were well dug in behind embankments. Major Wheeler led his men in the first boat in an attack on the Turkish position. His action is described in the London Gazette. “This officer, together with one Ghurkha officer and eight men, crossed a river and immediately rushed the enemy trench under heavy bombing, rifle machine gun and artillery fire. Having obtained a footing on the river bank, he was almost immediately afterwards counter-attacked by a strong enemy party with bombers. Major Wheeler at once led a charge with another officer and three men, receiving a sever bayonet wound in the head, but managed in spite of this, to disperse the enemy. This bold action on his part undoubtedly saved the situation. In spite of his wound, he continued to consolidate his position.” For this action Major George Wheeler was awarded the Victoria Cross. The medal was presented to him in 1919 by King George Vth 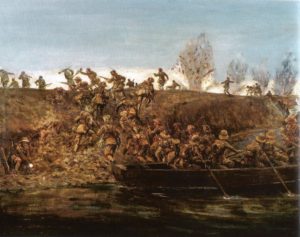 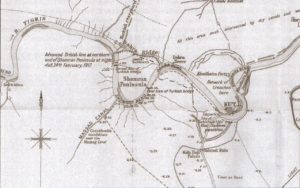 After the war George Wheeler continued to serve in the Indian Army retiring in 1922. On retirement he settled in Barton-On-Sea living at ‘Maryville’ Beach Avenue. He took an active part in local affairs. He was a keen supporter of the ‘New Forest Players’ and a member of the Conservative Club. He died on 26th of August 1938 at the Grove Nursing Home. He was buried at St Mary Magdalene churchyard. By the 1990s his grave had been vandalised and in 1999 members of Bedford school and the Ghurkha Rifles association replaced the stone. In 2008 New Milton Town Council agreed to take on the responsibility for keeping the grave up together.  In the words of Councillor Goff Beck “We owe it to him and should be proud to have such a brave man living here”. 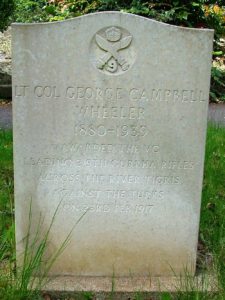 This is not the only connection New Milton has with VC recipients. In 1945 Captain Charles Upham VC and bar married his childhood sweetheart at the Catholic Church in Mount Avenue.