The Indian memorial at the junction of Barton Court Avenue and Marine Drive, Barton-on-Sea is a familiar sight to us all, but have you ever wondered about the history and significance of this memorial and what it represents? 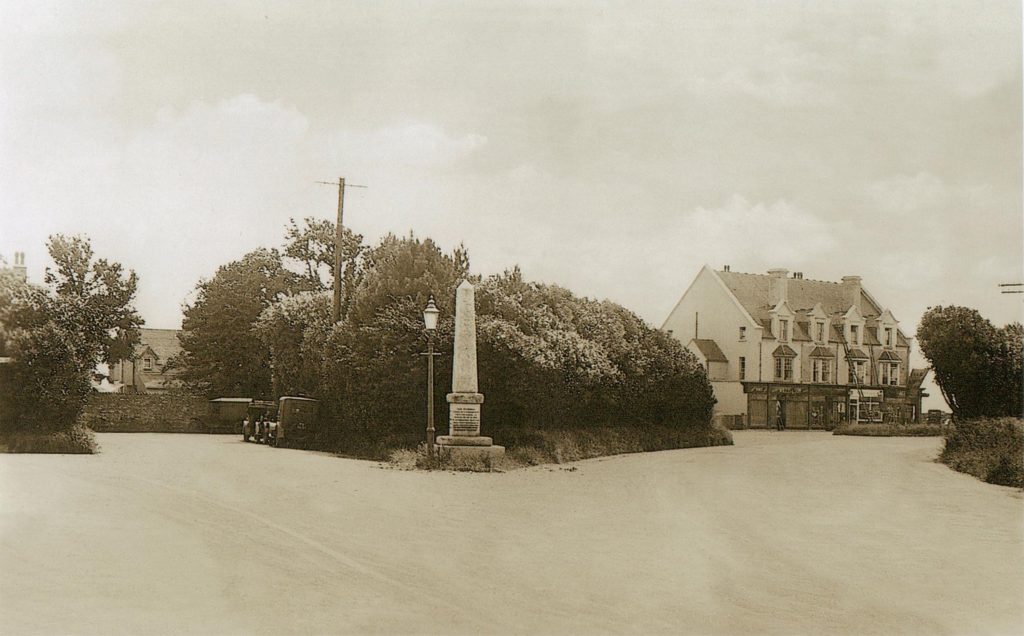 In 1914 the sea front hotel of Barton Court was taken over by the army as a convalescent home for sick and injured British and Indian troops. This became known as the Barton Convalescent Camp. Later the nearby Grand Marine Hotel was also commandeered to cater for the extra influx of military personnel requiring recuperation. Even this extra building was not enough to cope with the numbers and so wooden huts were erected in the grounds of the Barton Court Hotel and on the undeveloped land opposite. Initially only British troops were sent to Barton, but soon a large number of Indian troops, mainly suffering from dysentery, were posted to Barton to recover in the ozone. 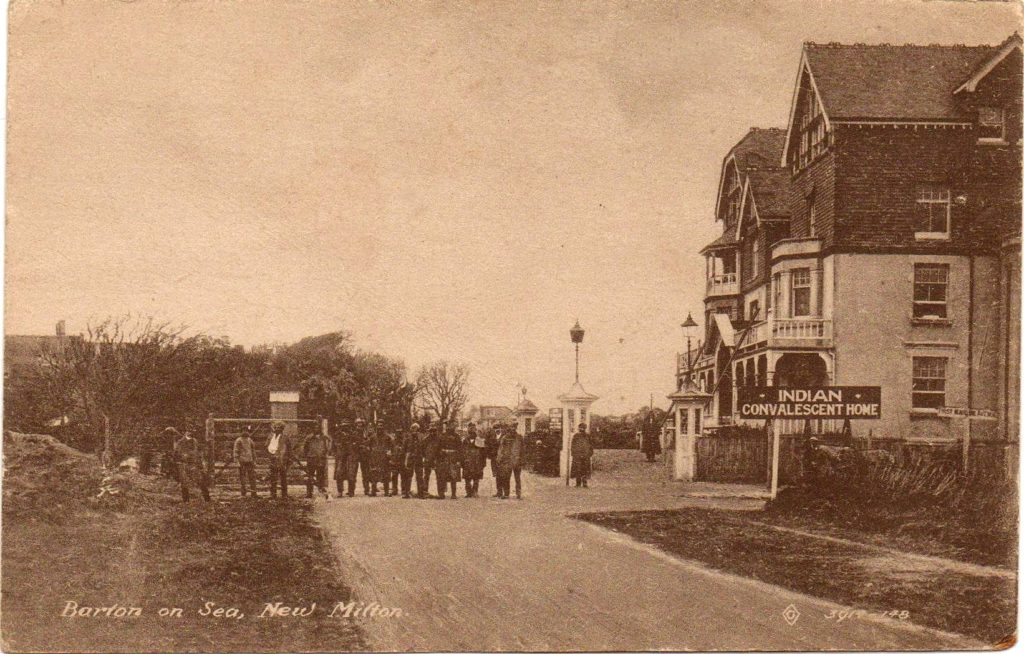 There were facilities erected to entertain the troops, such as a YMCA hut and it is known that concerts were held there for the amusement of all. Later as the war progressed a monthly magazine entitled ‘Barton Breezes’ was produced within the camp. 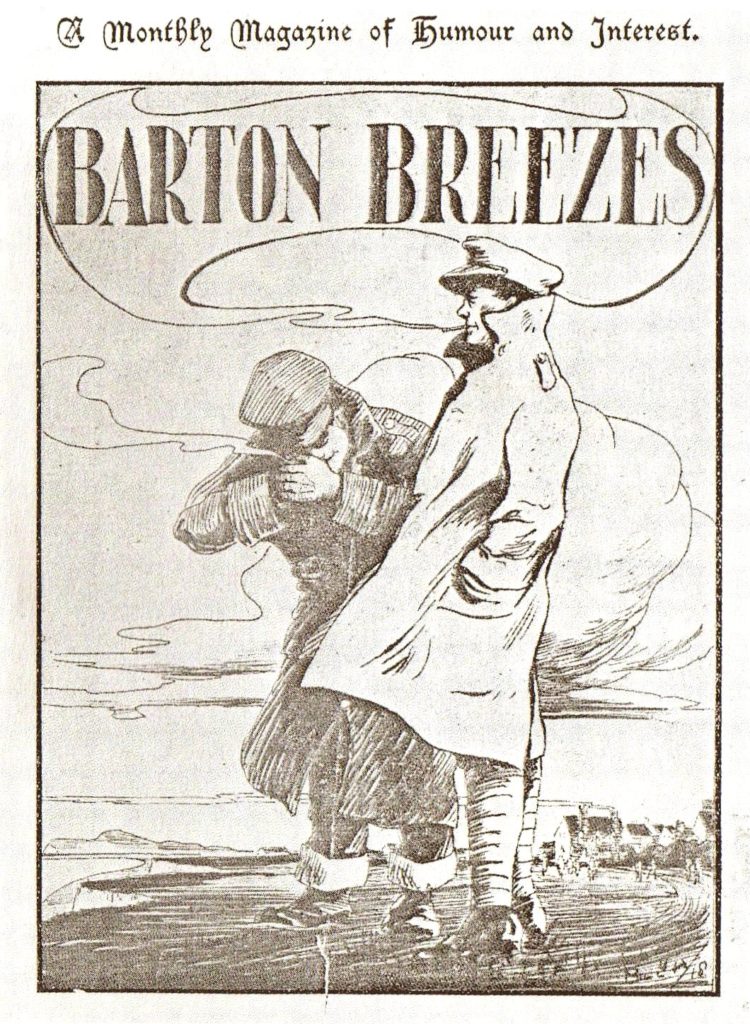 A post card written by a recuperating soldier in 1917 tells us that the camp is very quiet and cold but close to the sea. 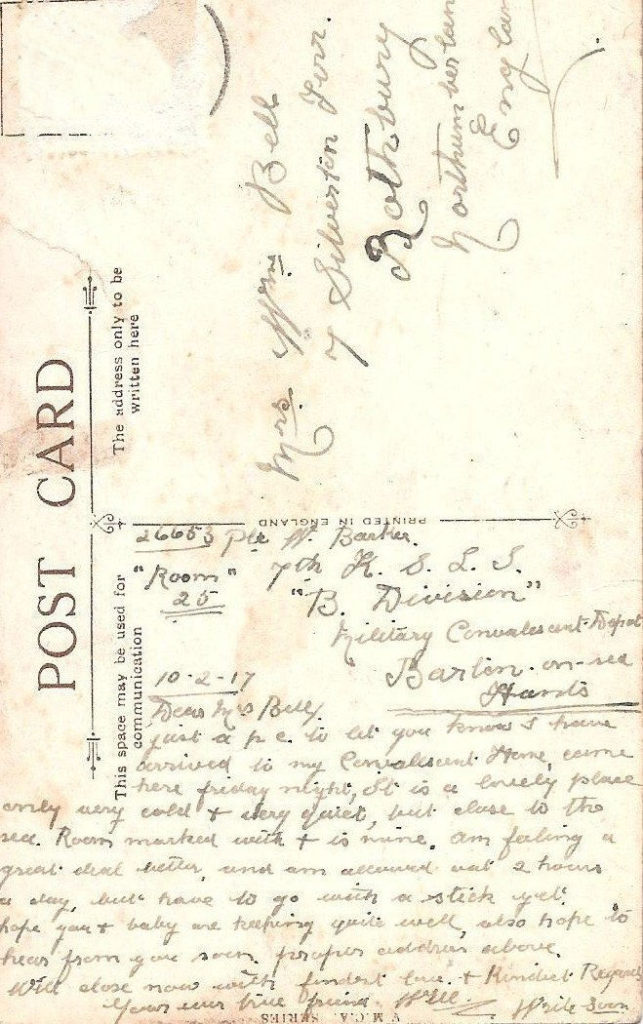 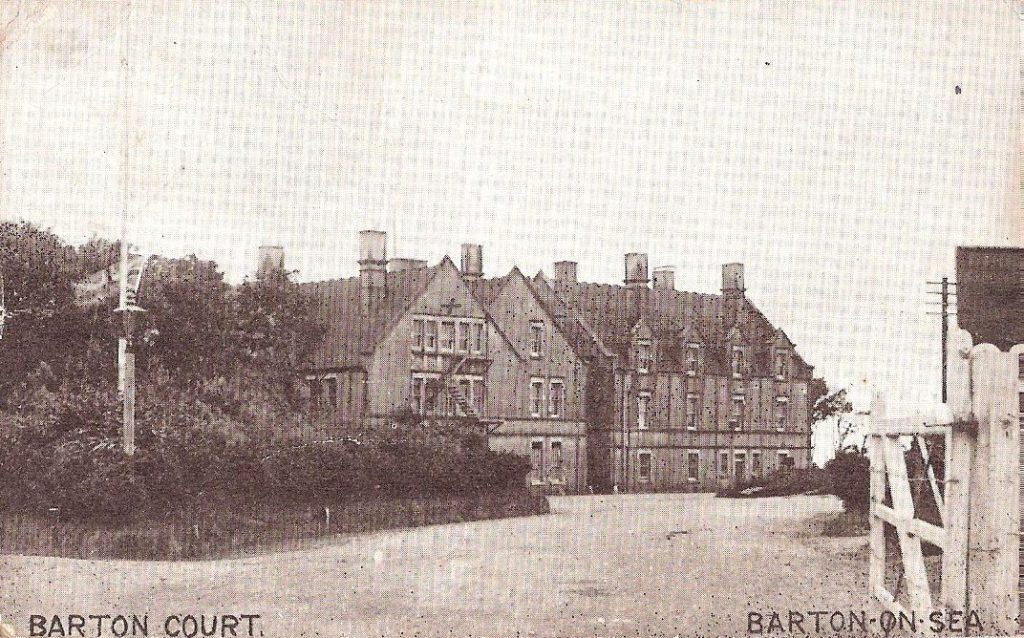 An article in the Daily Graphic dated 22nd of January 1915 gives a photographic account of a concert put on for the benefit of the Indian troops. The article is entitled: “The West Entertains the East.  Indian Troops at a New Forest Concert.” Clearly this was quite an event for the Indian soldiers and the photographs show the troops filling the YMCA theatre and peering in through the windows trying to catch the act. 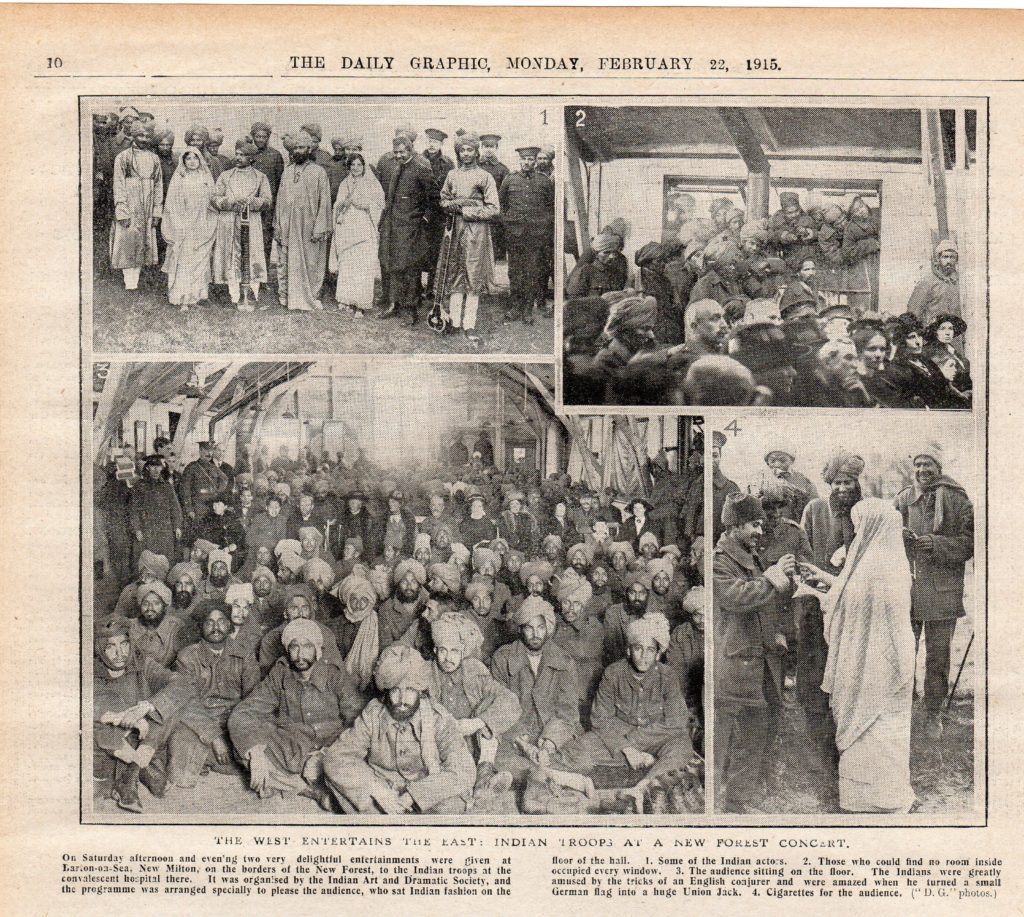 To commemorate use of the buildings as an Indian Army Convalescent Home, a memorial was erected in 1917. This is the memorial that stands today at the junction of Marine Drive and Barton Court Avenue, next to the ‘Onion Dome’ building.  The cost of the memorial was paid for by subscriptions from the staff of the military Convalescent home. By the time the memorial was unveiled all of the Indian troops had left, and were no longer serving in France and the United Kingdom. Instead they were serving in Palestine and Mesopotamia.  This believed to be one of the First World War One memorials raised in Great Britain, and is only one of two raised to commemorate the contribution the soldiers of the Indian Army made to the victory in World War One. The only other memorial to the Indian troops is in Brighton. That memorial was raised four years after the Barton-on-Sea obelisk was erected. 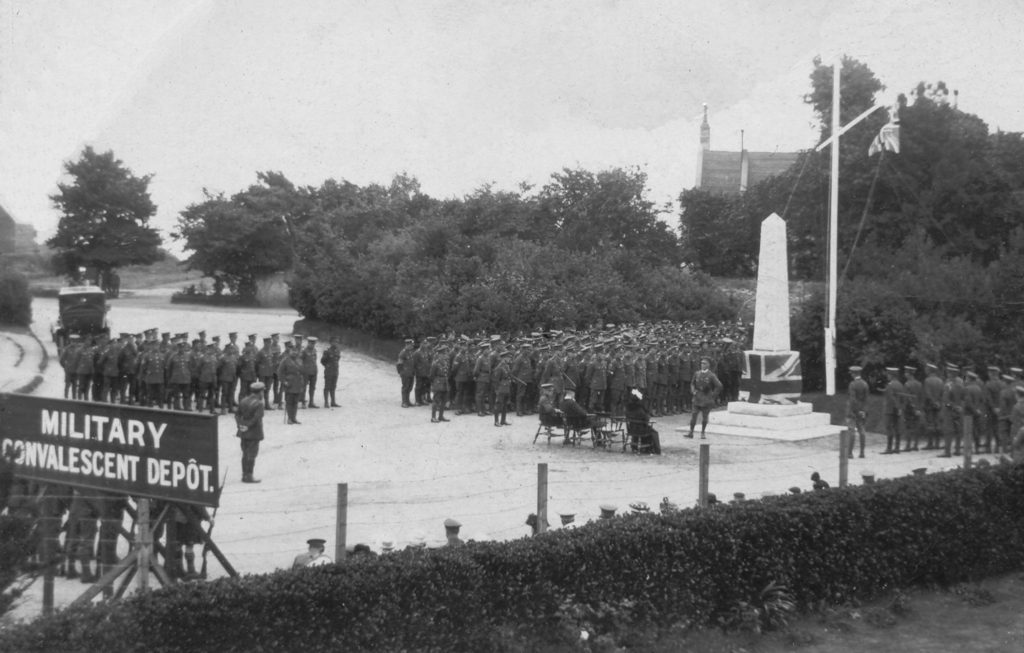 Apart from the memorial there is little to remind us that once Barton-on-Sea was ‘home’ to a large number of troops from all over the empire, and from India in particular. There are photographs showing the Indians soldiers at Barton and in full service marching order on the platform at New Milton railway station preparing to depart the New Forest for the front line.

Perhaps next time you drive or walk past the sea front memorial you will spare a thought for those soldiers from India who, for a brief moment in time, made Barton on Sea a home and were able to recover from the horrors of the war.