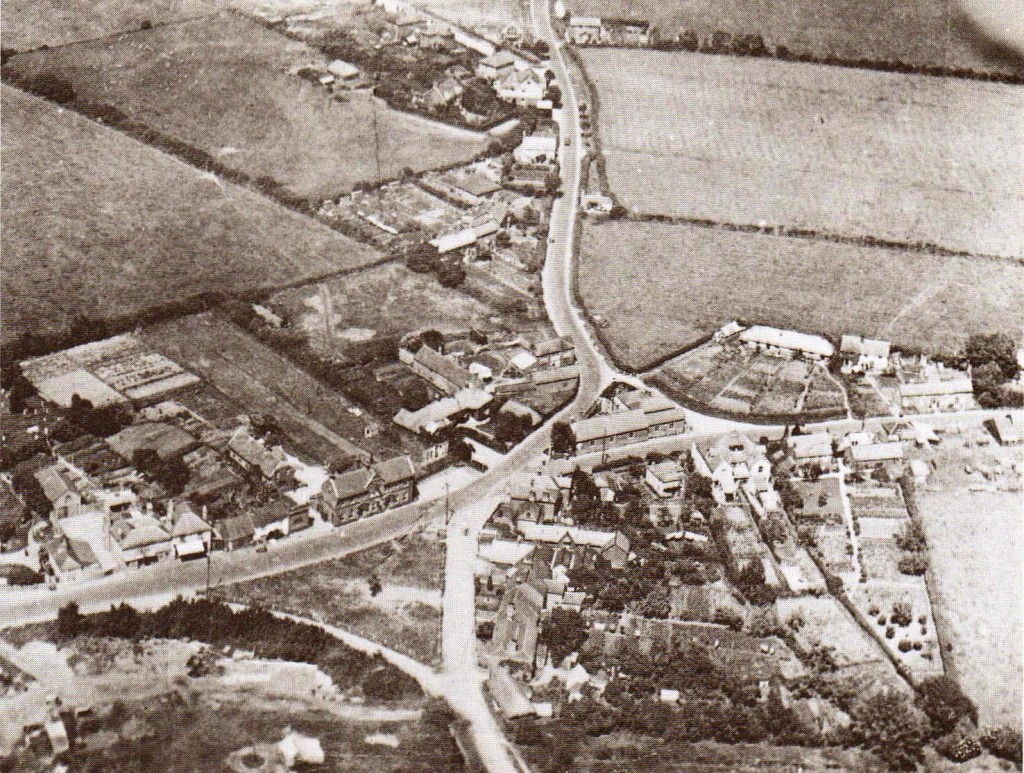 Milton Village Green has been the focus of village life. This 1920’s image shows to the north of the village green, from left to right,  the Post Office, the Wheatsheaf inn, Grocers, the black smiths forge and his house and The George Pub.

On the triangle of land in the centre of the road is the National School. Leading away north up the picture is Old Milton Road. 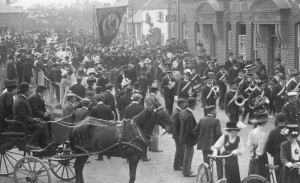 This photo shows Hospital Sunday parade circa 1910.
These events were social fundraisers.

The Post office is show to the left in this image, then the Wheatsheaf public house and Chipperfields grocers.
The side of the blacksmiths forge can just be seen. In the background is the George public
house and on the right Witts saddlers. 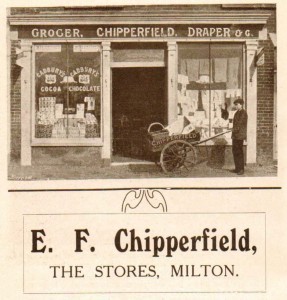 This is a 1910 advert for Chipperfields grocers 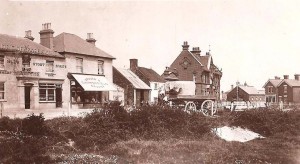 On the right hand side you can clearly see the national school situated on the triangle of land
between Witts corner store and the George pub. 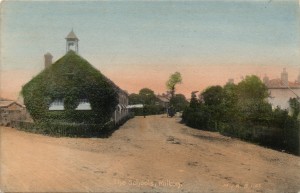 This is the National School. It ceased to be a school around 1920, and was then used by the local
council until it was demolished in 1931. 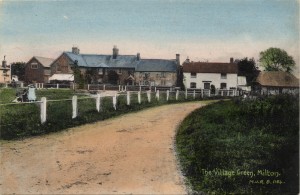 This is the eastern side of the village green. Showing Peckhams grocers and bakery.