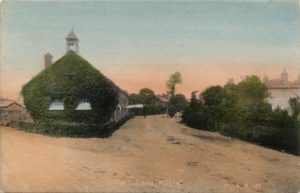 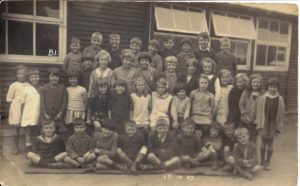 In the background you can see the type of wooden building used. The head master in this photograph is Mr Barker. This school was finally demolished in 1983 and was replaced with housing. 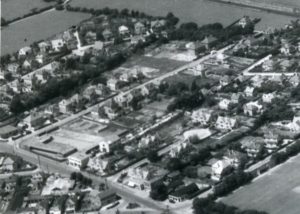 This aerial image from the 1940s shows the extent of the school. 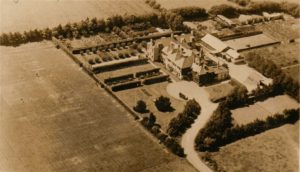 In Ashley there was a non denominational school built on the corner of Lower Ashley Road and Hare Lane. 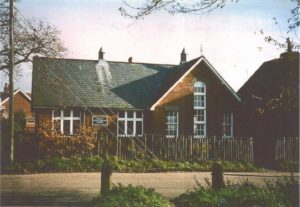 It became the Ashley County Primary School. It was built in 1879. When the new junior school was built in 1951 near the top end of Lower Ashley Road the pupils moved to that site. The old school building remained in use as a special school until it was demolished in 1985. A pupil from this school who was famous in his time was William Retford, the renowned violin bow maker.

Ashley Secondary School was built in 1939 on Ashley Road, and is still in use. 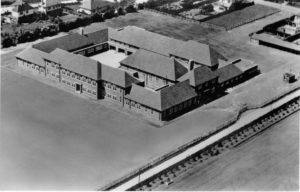 Almost as soon as it opened it had to cope with an influx of evacuee children from Southampton. These children were moved here to avoid the anticipated Blitz on Southampton. One of the school masters who came from Southampton with the children was a Mr Eric Wyeth Gadd, who wrote a book on his experiences of living in war time New Milton. Another well know master from this school was Arthur Lloyd. He was highly regarded for his local history knowledge and the many publications he wrote on a wide range of historical subjects. 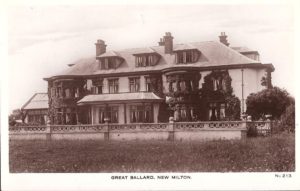 In Barton on Sea, Furzie Close Preparatory School was founded in 1909 in a large house off Becton Lane. The first headmaster was a Mr Stubbs. 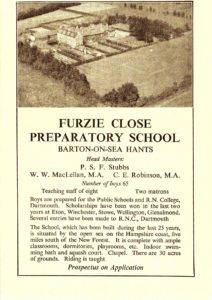