On the northern boundary of our parish lies the hamlet of Wootton alongside its eastern neighbour Tiptoe, in Hordle Parish. To the north of Wootton is the forest. To the south lies the village of Bashley and the town of New Milton.

The earliest occupation of the area may have been in the Mesolithic period. Flints from that era were found in a gravel pit in Wootton in the 1950s.

1086 Domesday book entry for Wootton ‘Odetune’ and the translation.

In the Domesday Book of 1086 Wootton is named ‘Odetune’, an old English word meaning ‘farm in the wood’. The record shows that Wootton had been about 1 hide (120 acres) in size and was held by Godric on behalf of the King. Most of the land had been taken into the Forest and Godric later held 15 acres of meadow. It was considered that there was land enough for two ploughs and the value of the land was assessed as having been worth 40 shillings.

Wootton forms the boundary between the forest and the farmlands. This boundary has been marked for centuries by stones. One such stone can be seen to the east of the Rising Sun Inn. It is a sarsen stone of the same material used at Stonehenge and at Avebury Ring. Sarsen stone is extremely hard wearing and tough to carve or shape. As well as boundary markers, sarsen stone was used as a route marker and in earlier times as part of a rural calendar. The stone at Wootton was noted on a 1670s record of the area but has probably been there much longer. 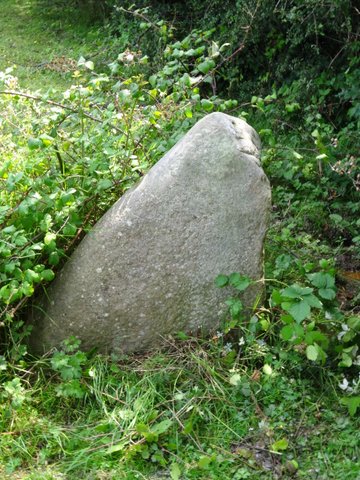 The Tithe records from 1841, show that the land was largely used by farmers and smallholders. There were a couple of men who held large portions of land in Wootton such as William Good who owned Wootton Hill Farm which is used by the Fortune Centre of Riding Therapy today. 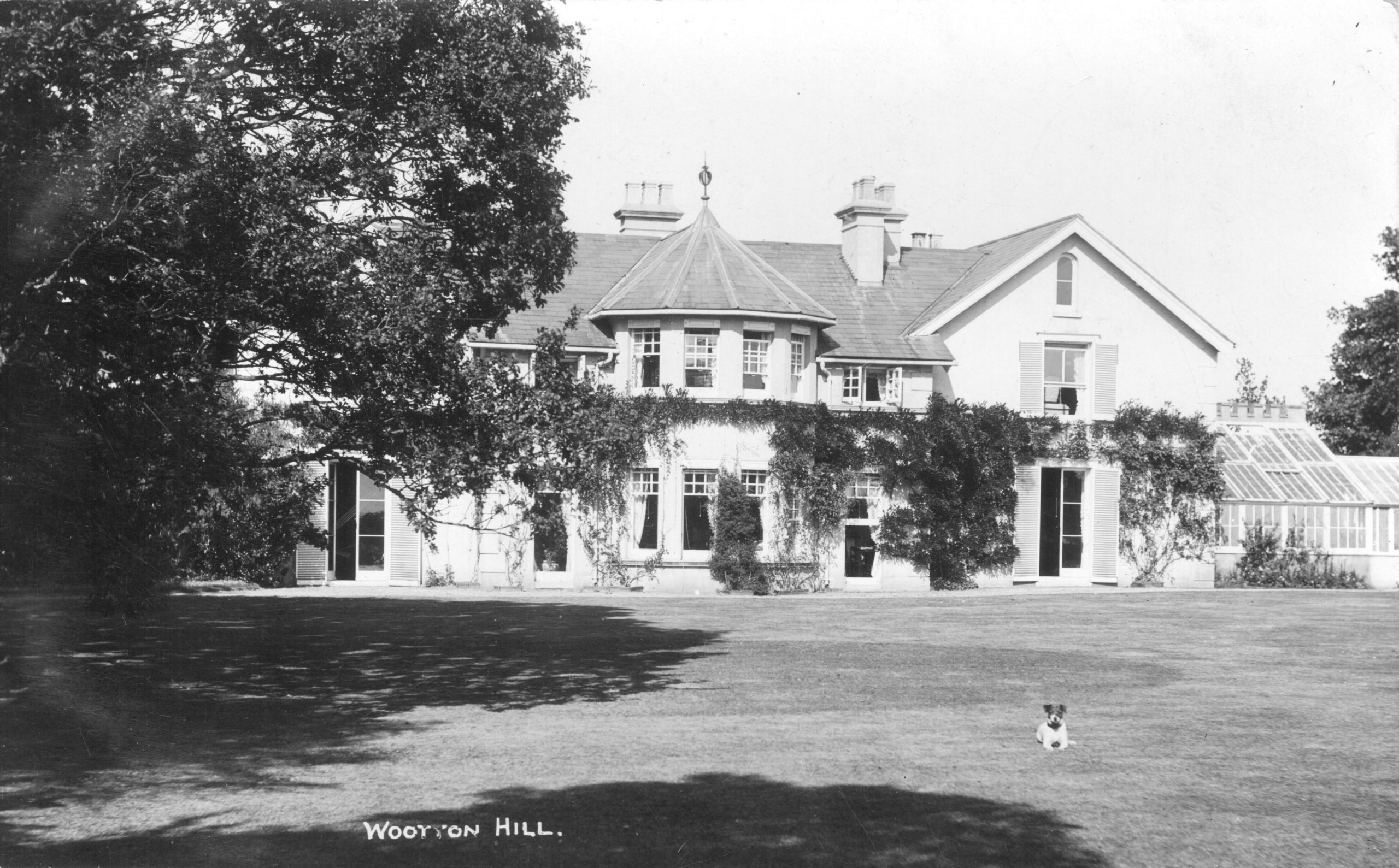 Other residents plots consisted of just a house, garden and neighbouring patch of land to subsist on. There were a couple of adjacent plots that looked like father and son were living beside each other. The gravel pit was owned by Lord Ashburton.

The census records and various directories showed that the population and local facilities slowly increased over the years. The 1851 directory records two landowners, five farmers, a woodsman, a shoemaker, a shopkeeper, the landlord of the Rising Sun, who also sold groceries, a blacksmith and the post office. By the 1930’s the directories show that there was, in addition to the above, a dairy farmer, a poultry farmer, a dog breeder and a riding school. Just down the road towards Tiptoe, the Working Men’s Social Club had opened. 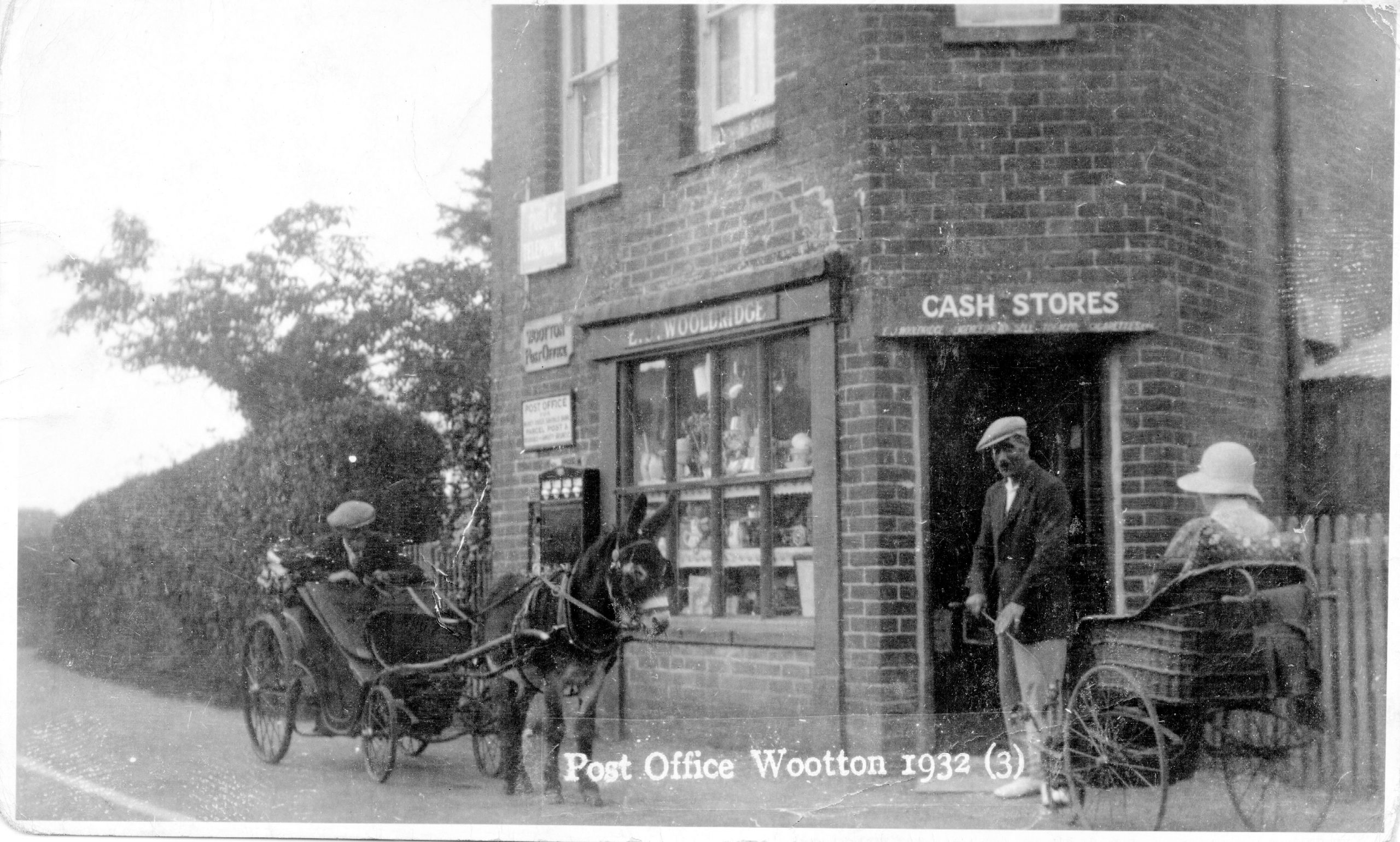 The Post Office in Wootton was opened by at least 1851 according to a local directory. Other accounts say 1855. It was a valuable asset to the hamlet. The first postmaster was a Mr. William Wallace. Later his daughter took over and ran it successfully for many years. From 1928 Edmund Wooldridge ran the post office. His son, Ian Wooldridge OBE was a renowned sports journalist who started his career at the New Milton Advertiser and Lymington Times before moving to Fleet Street. Sadly the post office closed in 1973 and the service was moved down the road to Tiptoe. 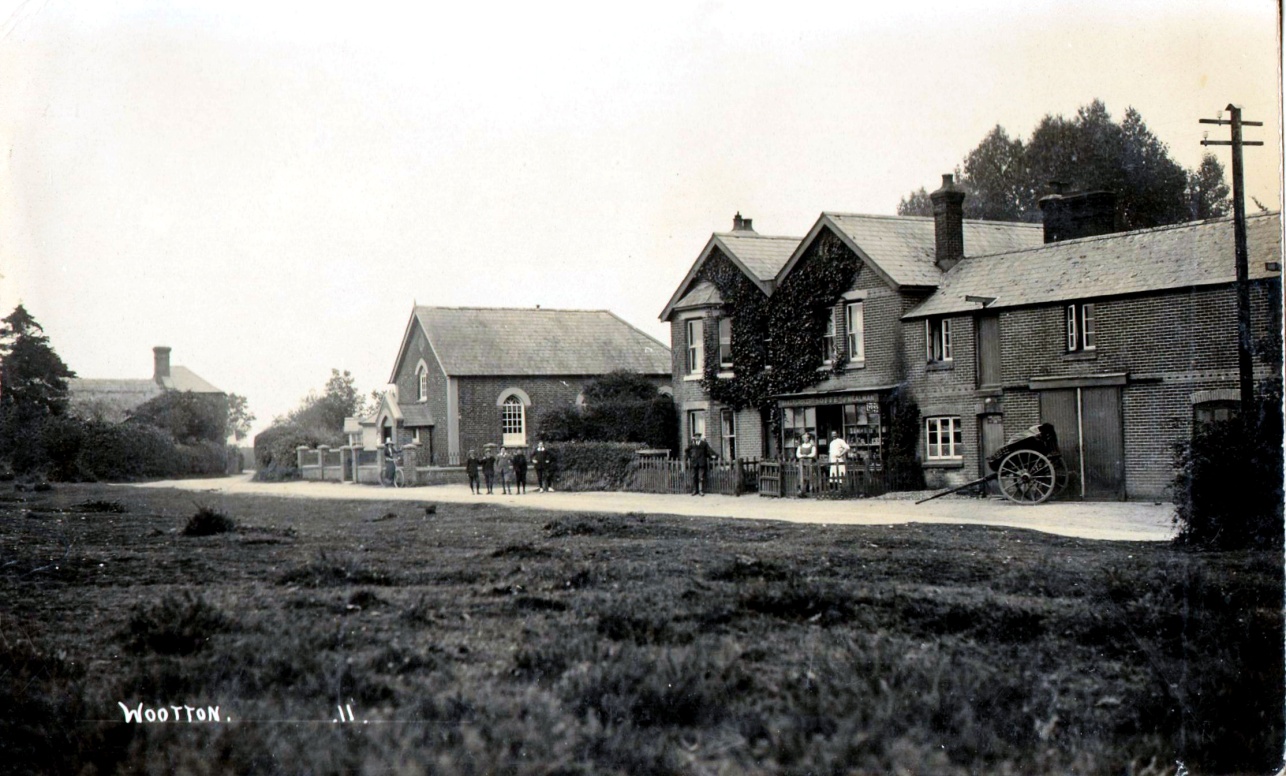 Nearby was a general store and a bakery. The store is mentioned in the 1851 directory. It was run in the 1920s and 30s by a Mrs Georgina Soffe and her husband Frank. Next door was a ‘primitive’ Methodist chapel built following the 1843 visit of a preacher who ‘converted a number of sinners and formed a society of nine members’. The store, bakery and nearby post office were very much at the heart of the hamlet. 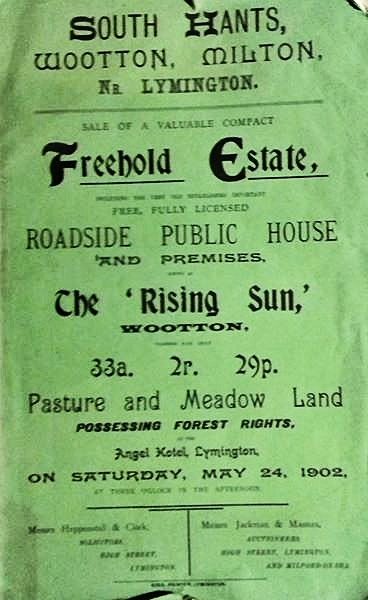 Sale of the Rising Sun 24th May 1902. Courtesy of the Tony Johnson Collection.

West of the stores and post office was the Rising Sun Inn which was, and still is a very popular hostelry on the main road into Milton. The Inn has been on the site for at least 200 years and is marked on the 1841 Tithe map. Records show that the inn keeper was also a farmer. The Rising Sun and surrounding fields were sold at auction in 1902 and a new brick building was constructed in 1903. It features stained glass windows and a number of other interesting architectural features. 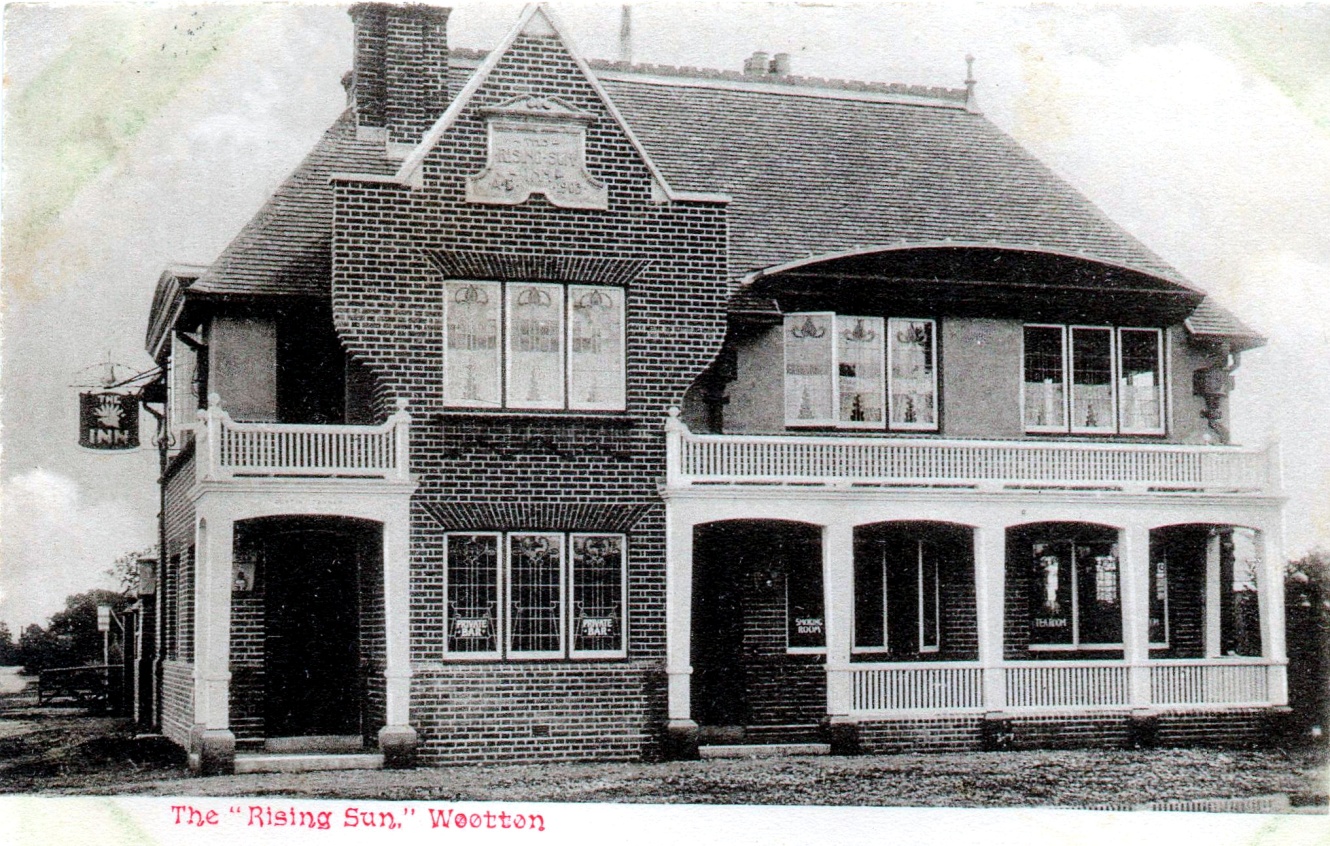 Education was provided in Wootton and surrounding area by a Church of England supported National School, which was also used as a local chapel. The first reference found for the school is in an 1875 directory. The building had a roof that was half thatch and half slate. 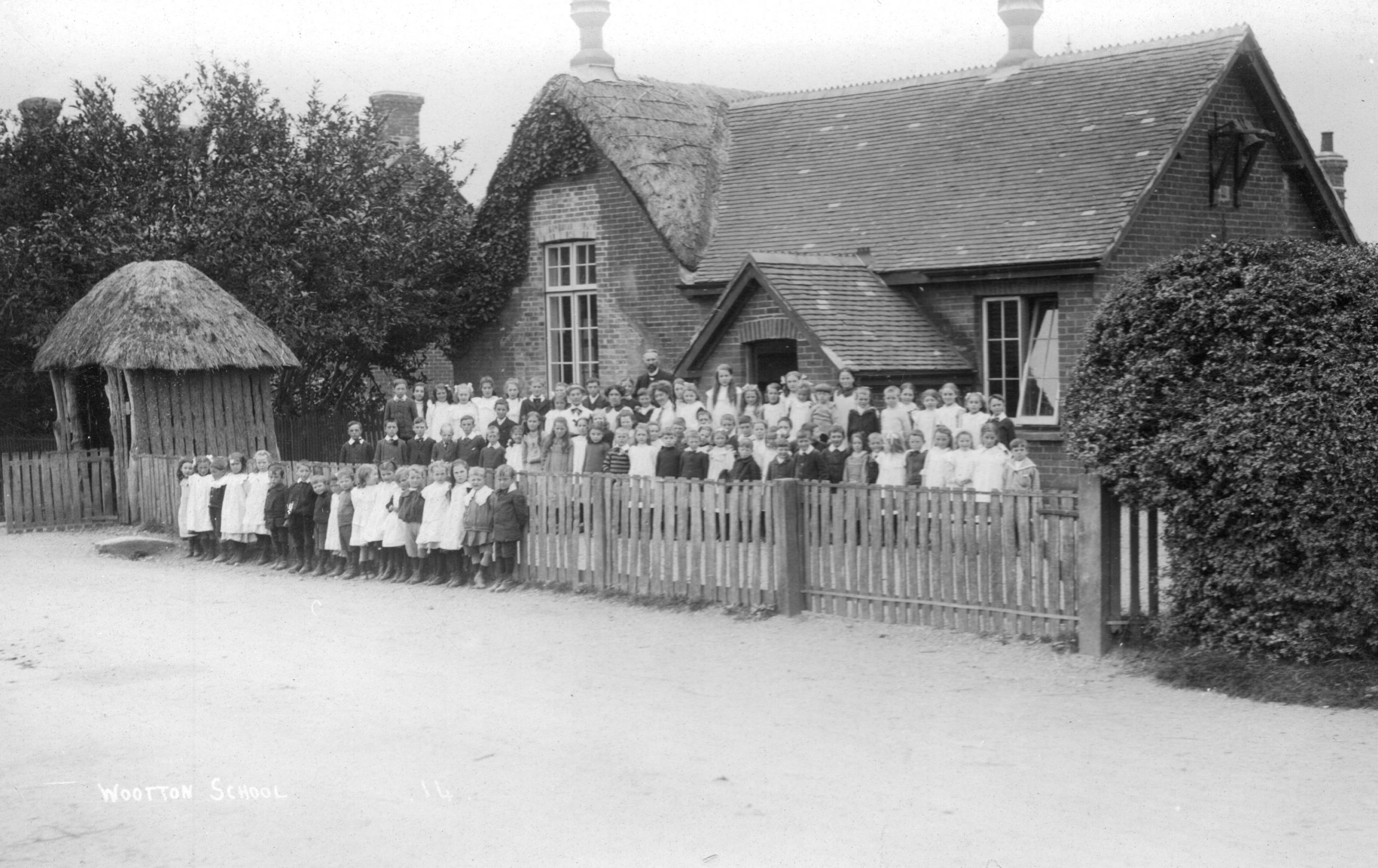 Sadly in 1914 it was struck by lightning and burnt down. The pupils were then taught in a tin building near Vaggs Lane before moving back to a temporary school on the original site. In 1933 a new, purpose built school was constructed just across the municipal border in Tiptoe and operates to this day. 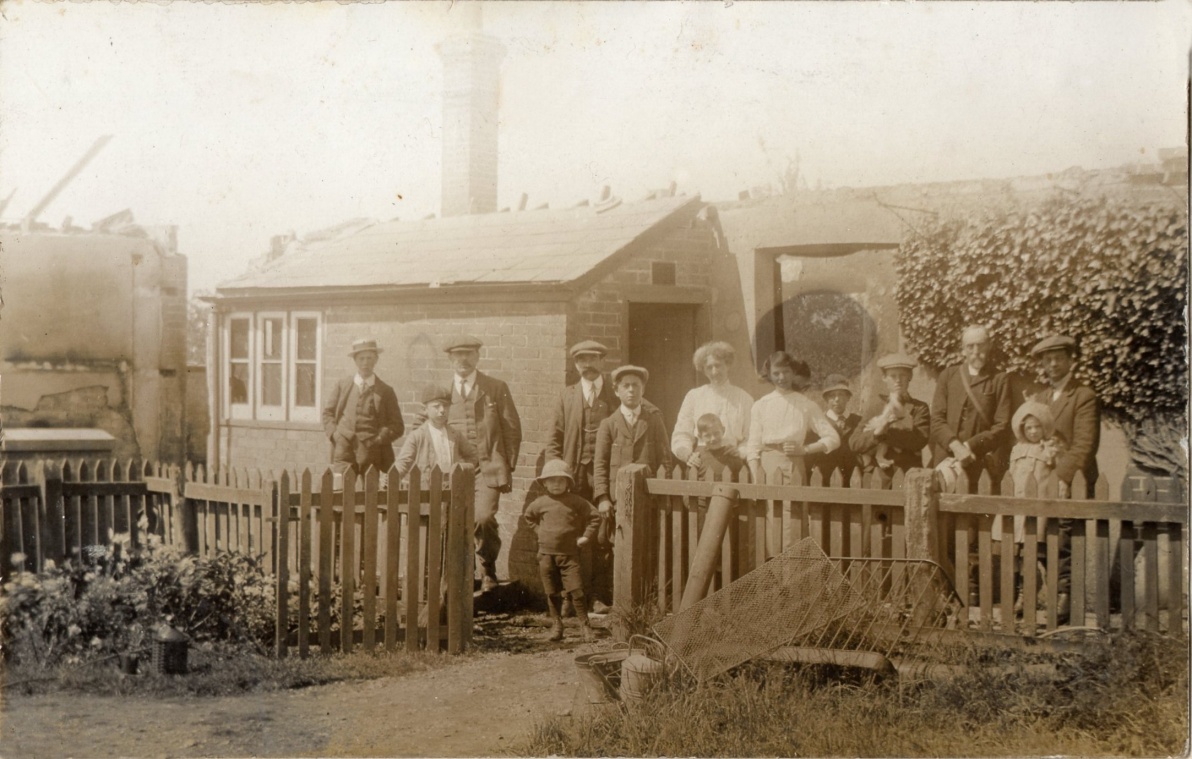 Just to the north of the Rising Sun is an area called Eastley. From 1896 to 1955 Mr Charles Dallas lived in a house here along with his staff. He was a game shooter. His tally of birds, rabbits and hares shot throughout his active career in the New Forest was displayed in the Plough Public House in Tiptoe. Mr Dallas owned one of the first motor cars in Milton Parish. It was steam powered and had a top speed of 12 mph. Using 70 gallons of water and 40 gallons of paraffin it had a range of 60 miles. His man servant was a Mr Jack Card who accompanied Charles Dallas on his numerous trips abroad and was his chauffeur.

Jack Card built two houses in Bashley Common Road. One called ‘Nairobi’ and the other ‘Simba’. Both houses still exist and one is still used by a family member. 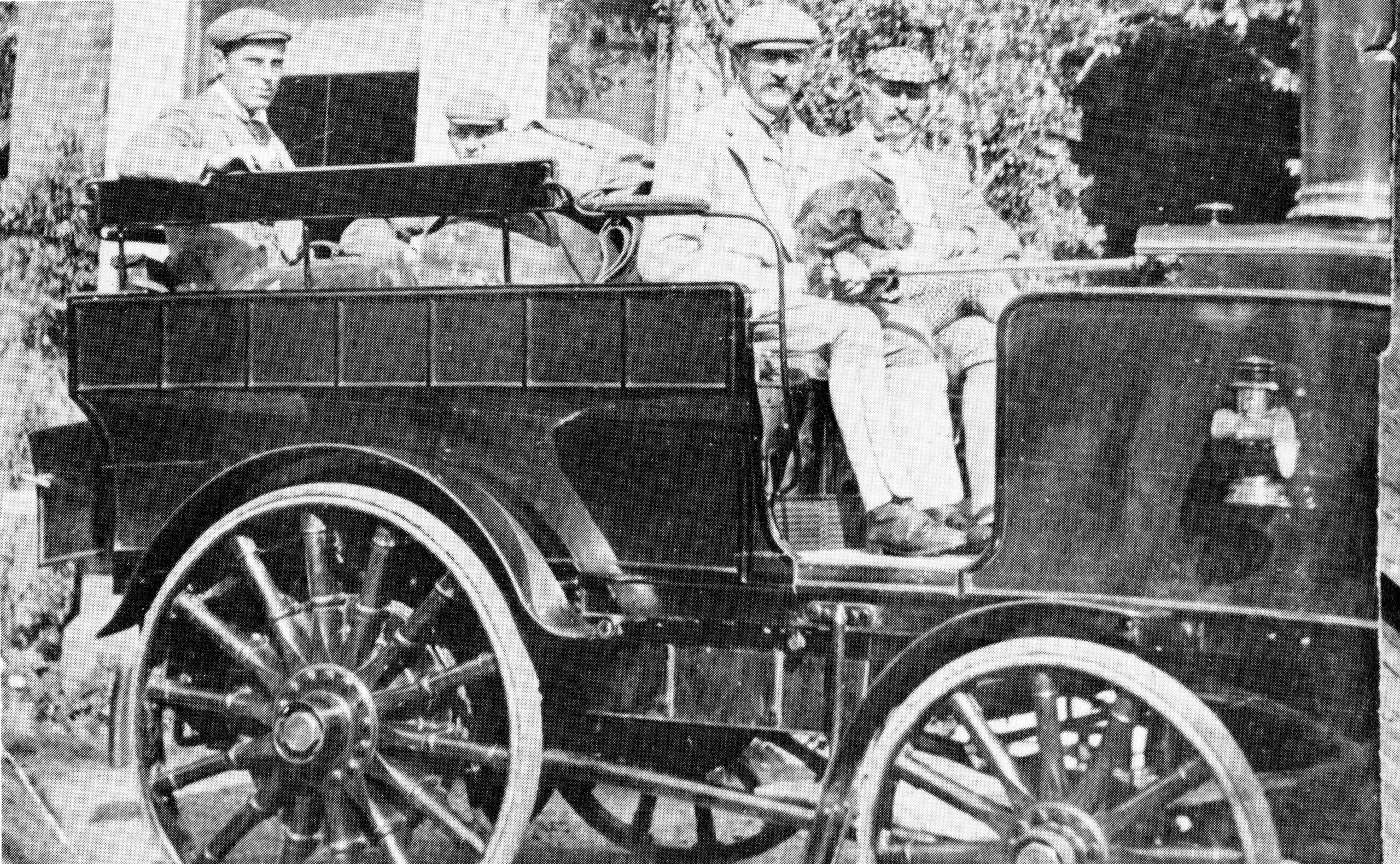 Charles Dallas with his steam car. Jack Card sits in the back.
Courtesy of the late Arthur Lloyd.

Although the store and post office are no longer in business, Wootton is still home to a growing population and is the gateway into Milton Parish from the north or Milton’s exit point into the New Forest. Long may it continue to survive.

The author of this article is Nick Saunders, Chairman of the Milto0n Heritage Society. This was first published in the Milton Mail and Barton Bugle magazines in October 2020.